Wine, bread, and water, between doctrine and alternative. Norms and practical issues concerning the Eucharist and baptism in thirteenth-century Europe

Guillaume Durand’s Rationale divinorum officiorum was a liturgical encyclopedia which soon became the most important work of its kind, and thus represents an invaluable resource for the study of various aspects of liturgy and ritual in late thirteenth-century Europe. This contribution focuses on norms featured in the Rationale regarding two Christian sacraments - the Eucharist and baptism - for the they were held to originate from the same source (the wound on Christ’s side caused by the spear thrown by a Roman soldier). Both of these sacraments required elements for the administration (wine, water, bread) which had to meet specific characteristics, and this generated several issues, mainly concerning their availability and other practical issues. This study analyzes such characteristics and occasional proposals to replace the aforementioned elements by contextualizing Guillaume’s work within a wider intellectual and normative context, including Thomas Aquinas and earlier canon law. The intention is to show: 1) how fundamental a role normativity played in drawing the line between liturgy, heresy, and desecration; and 2) that normativity had to take practicality into account. 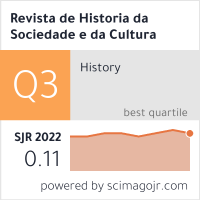